Setting the Record Straight on our Ancient but Living Language The Battle For Sanskrit

There is a new awakening that is challenging the ongoing westernization of the discourse about India. The Battle for Sanskrit seeks to alert traditional scholars of Sanskrit and sanskriti ‑ Indian civilization ‑ concerning an important school of thought that has its base in the US and that has started to dominate the discourse on the cultural, social and political aspects of India. This academic field is called Indology or Sanskrit studies. From their analysis of Sanskrit texts, the scholars of this field are intervening in modern Indian society with the explicitly stated purpose of removing ‘poisons’ allegedly built into these texts. They hold that many Sanskrit texts are socially oppressive and serve as a political weapon of the ruling elite; that the sacred aspects need to be refuted or side lined; and that Sanskrit has long been dead. The traditional Indian experts would outright reject or at least question these positions.

The start of Rajiv Malhotra’s feisty exploration of where the new thrust in Western Indology goes wrong, and his defence of what he considers the traditional, Indian approach, began with a project related to the Sringeri Sharada Peetham, one of the most sacred institutions for Hindus. There was, as he saw it, a serious risk of distortion of the teachings of the peetham, and of sanatana dharma more broadly.

Whichever side of the fence one may be, The Battle for Sanskrit, offers a spirited debate marshalling new insights and research. It is a valuable addition to an important subject, and in a larger context, on two ways of looking. Is each view exclusive of the other, or can there be a bridge between them? The reader can judge for himself.

Art of Living: Lively discussion on THE BATTLE FOR SANSKRIT in Bangalore Ashram
Sri Sri Ravi Shankar launches “The Battle For Sanskrit” in Art of Living Campus, Bangalore

“Geopolitics & the study of Indian Civilization”: A very large event at IIT Bombay
Discussion on how Samskrita Bharati & Rajiv Malhotra can collaborate 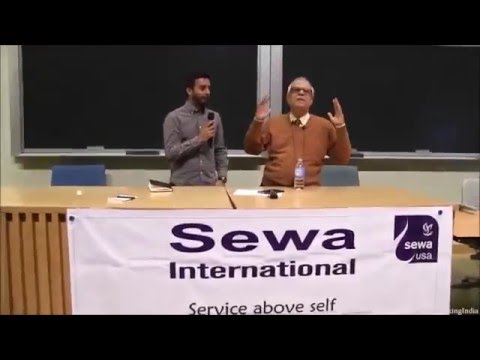 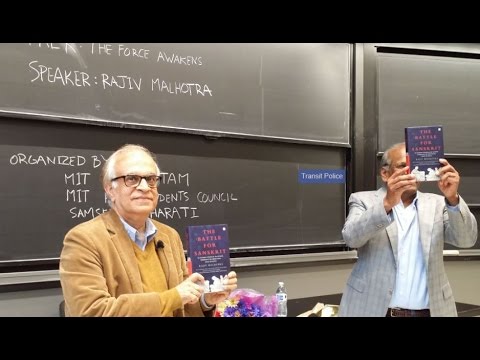 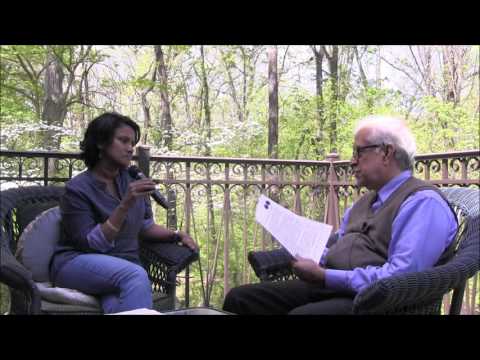 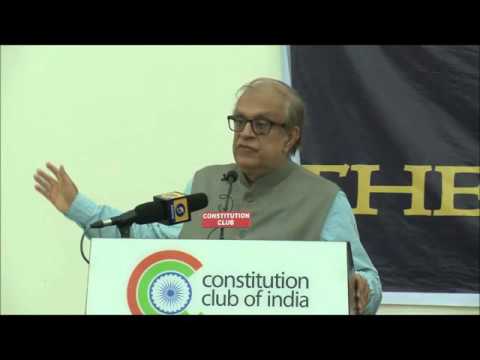 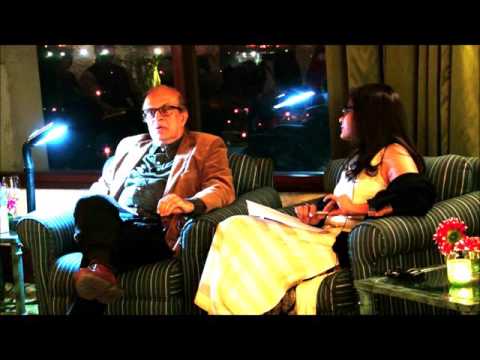 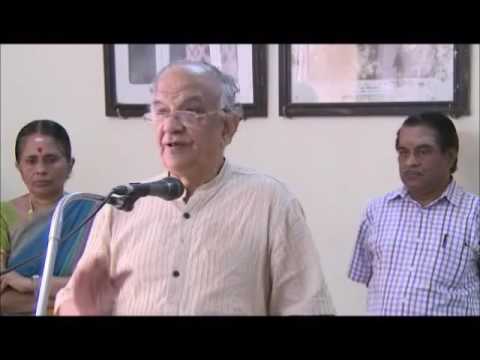 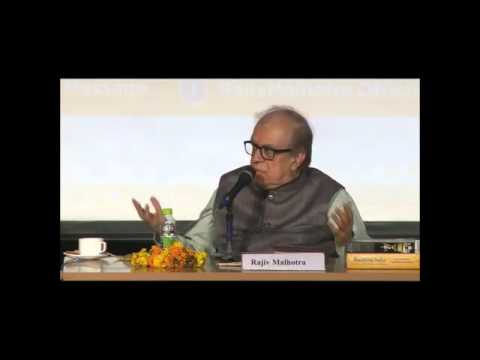 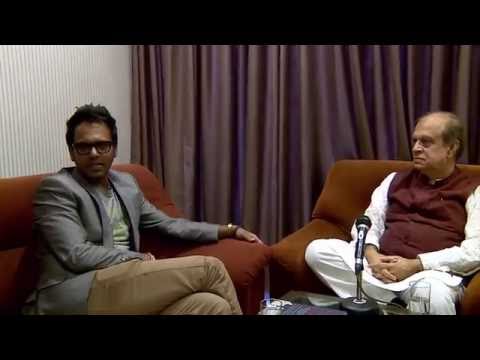 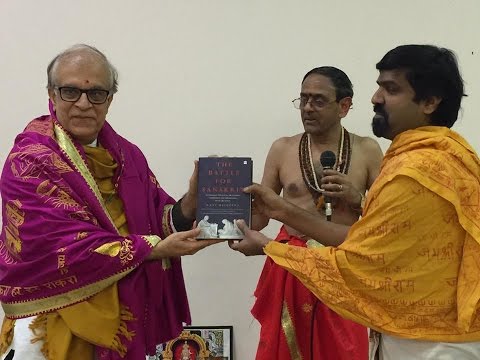 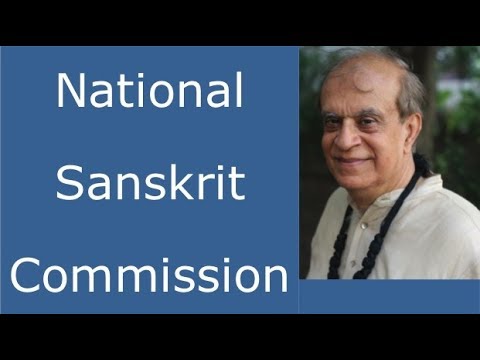 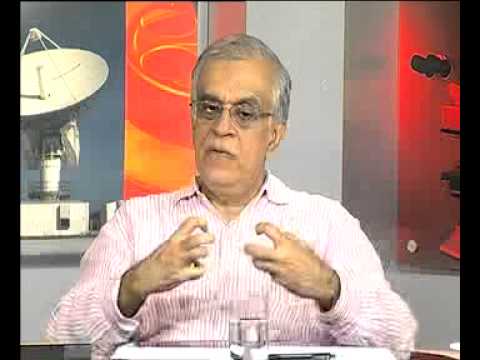 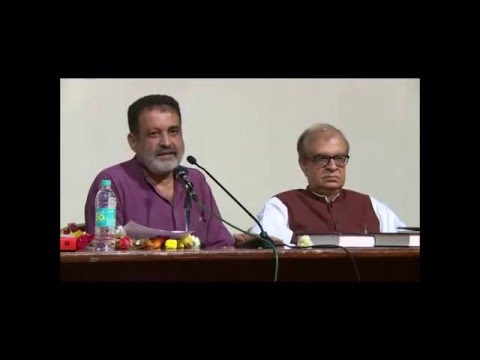 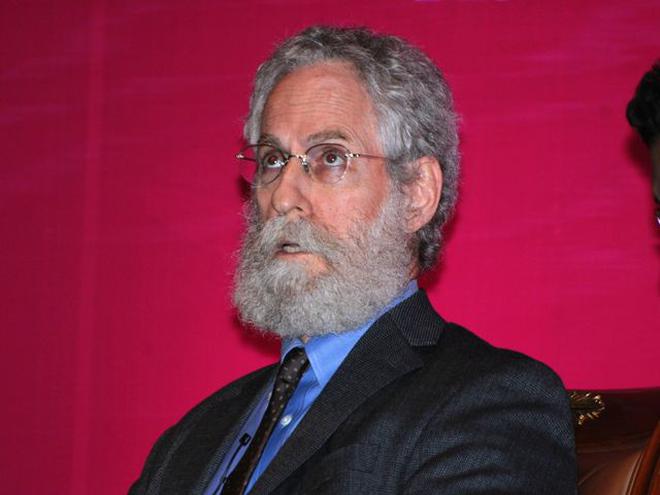 Rajiv Malhotra – In his famous essay titled “The Death of…

Sheldon Pollock and the dangers to Sanskrit (with tweets …

An Open Letter to Ananya Vajpeyi on Sanskrit | IndiaFacts

Bharatkalyan97: Removal of Sheldon Pollock as a mentor and Chief Editor of Murty Classical Library:

Following are all Indian blogs explaining how great Panini was. Not a single non-Indian blog except Rick Briggs of Nasa and the creators of ‘blog Ashtadhyayi’ mention Panini. It is only us who are patting our backs. When will West start giving due credit to India, Sanskrit and Panini’s grammar?
What is so ‘scientific’ about Sanskrit? #SeriousQuestion – Navin Kabra’s Blog
Why Sanskrit?
Why Every Country Wants to Learn the Sanskrit Language!
Instructional Technology in Sanskrit
Sanskrit Computational Linguistics | Sanskrit Central
Sanskrit – An Ancient Global Language
Sanskrit Computational Linguistics
—— 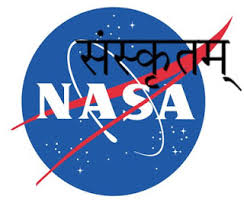 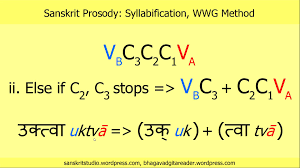 Samskritam IT and AI
Sanskrit is 100% phonetic. NASA America’s Space Program is actively looking at Sanskrit in relation to I.T. and artificial intelligence. Sanskrit and computers are a perfect fit. The precision play of Sanskrit with computer tools will awaken the capacity in human beings to utilize their innate higher mental faculty with a momentum that would inevitably transform the mind. In fact, the mere learning of Sanskrit by large numbers of people in itself represents a quantum leap in consciousness, not to mention the rich endowment it will provide in the arena of future communication.
Sanskrit NASA Report by Rick Briggs – Documents
NASA on Sanskrit & Artificial Intelligence by Rick Briggs
Chowdhury – Research
Roots of modern-day programming in Sanskrit?
Sanskrit most apt language for artificial intelligence
Why Sanskrit is the most Scientific language and loved by NASA? Find out yourself – HawkFeed
NASA to echo Sanskrit in space, website confirms its Mission Sanskrit
NASA scientists hail Sanskrit as the only perfect language
Sanskrit Is The Easiest Language To Program Robots Says NASA,  And These Reasons Make It The Most Scientific One In The World
संस्कृत बनेगी नासा की भाषा | Mission Sanskrit – Sanskrit As Computer Language: NASA
NASA USES SANSKRIT TO PROGRAM ARTIFICIAL INTELLIGENCE – Yuva Shakti Banaras
Sanskrit Benefit 2: Most Scientific Language On Earth
Great Minds on India
Now, Sanskrit to give the ancient technological edge to IIT graduates
An only western blog where Sage Panini’s name is mentioned!
Aṣṭādhyāyī 2.0
Sanskrit SHLOKA in NASA headquarters Meeting
——
Western Media 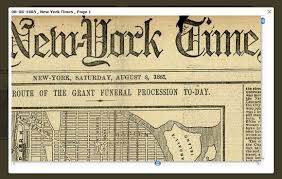 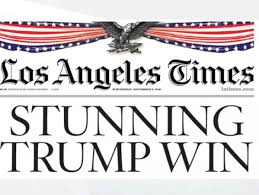 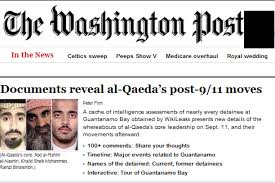 Articles about CL and AI in Western Media has no mention or even a trace of either ‘Sanskrit’ or ‘Panini’. Panini and Sanskrit have been already digested and appropriated by the ‘West’ claiming programming language as their own creation and that it has nothing to do with Panini.
Humans take note: Artificial intelligence just got a lot smarter
‘Star Trek’ translators reach for the final frontier
Is Translation an Art or a Math Problem?
The Great A.I. Awakening
Could artificial intelligence help humanity? Two California universities think so
Two Universities Believe AI Can Help Humanity | Sierra Circuits Blog
The Washington Post, The Associated Press and LA Times get an assist from Artificial Intelligence – Digital Content Next
The journalists who never sleep
Massive Software: News – LA Times Article: A Mind of Their Own
A.I. Makes Remarkable World Series Prediction – DATAVERSITY
Pentagon Will Develop ‘Thinking Machines’ to Defeat FogPentagon Will Develop ‘Thinking Machines’ to Defeat Future Enemies – Blog
Can Artificial Intelligence Identify Your Next Heart Attack?
How Technology Can Help Language Learning
Can You Compete with A.I. for the Next Job?
New Technology Brings Ancient ‘Proto-Languages’ Back To Life
————
Glory Of Samskritam 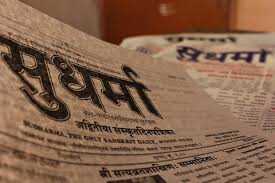 Indian Education System & Lord Macaulay Exposed By Rajiv Dixit
Rudrasena Foundation
Oldest Language – वेद Veda
Sanskrit & Sanskriti (Culture)
Why Sanskrit is the most Scientific language and loved by NASA?
11 Interesting Facts About the Sanskrit Language – OhFact!
10 Unusual Facts About Indian Languages. How Many Do You Know?
3 Myths that Sanskrit lovers must know about.
https://www.scoopwhoop.com/inothernews/amazing-sanskrit-facts/#.56oy8a08b
Scientists believe Sanskrit helpful in speech therapy: Mussoorie MLA
Lectures on the Science of Language. 1
The Language At The Root Of All Language
SAMSKRITHAM
——-
Books By Indian Professors
Universities in India got sold in return for the big grants given by the US.
Computational Linguistics R & D at J.N.U. New Delhi
Special Centre for Sanskrit Studies
Department of Sanskrit Studies
Department of Sanskrit, Computational Linguistics Research and Development
——-
Sanskrit Computational Linguistics | Indologica
https://www.amazon.com/Sanskrit-Computational-Linguistics-International-Proceedings/dp/3540938842
Sanskrit Computational Linguistics – Amba Kulkarni (Paperback)
Sanskrit Computational Linguistics – First and Second | Gérard Huet | Springer
DKPD
IIT Bombay To Organize Its 5th ISCLS On Jan 3
https://storebooks-cdn1.surge.sh/05-mason-hessel-3/9788124606988-recent-researches-in-sanskrit-computational-ling.pdf
——–
What is the real reason to learn Sanskrit in the west? Is it really spirituality?
When asked by an Indian reporter about learning Sanskrit in British schools the teacher and the student gave various reasons such as Sanskrit has brilliant linguistic training where one uses all parts of one’s mouth and so it helps to pronounce words with clear diction (the accent, inflection, intonation, and speech-sound quality) and Sanskrit scriptures are inspiring philosophical concepts. Spiritual benefits are also quite high due to learning Ramayana and Mahabharata.
Western teachers and children are definitely interested in diction and linguistic training as Sanskrit has more and complete consonant sounds. But do you really believe these teachers and students care for Hindu spirituality and inspiration from Puranic stories? Are you not surprised why Vatican and Christian clergy is ignoring these Christian children chanting Vedic Hindu Hymns with a Namaste Mudra? It is all a matter of convenience. This is called digestion of Panini’s Sanskrit grammar to master computational linguistics and appropriate it. And we get so emotional about westerners learning and chanting Sanskrit! Hope these kids as grown-ups keep the reverence for Sanskrit- Sankriti and do not take a U-turn to follow in footsteps of  W. Doniger,  S. Pollock, Courtright, J. Kripal, Jeffrey Lott and many such.
UK 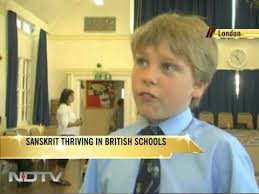 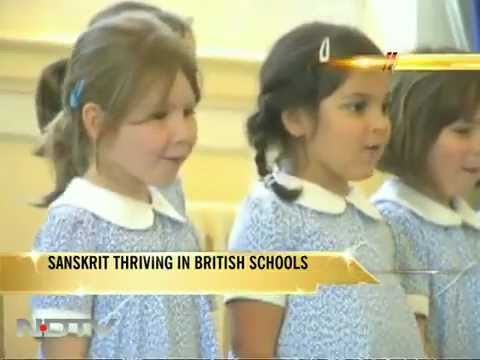 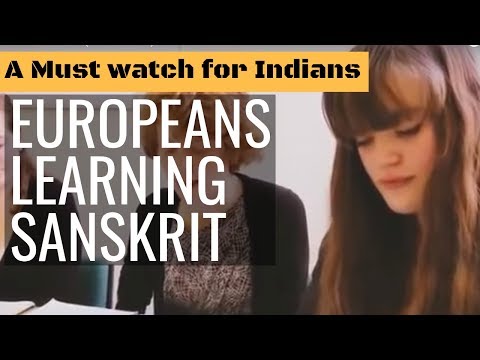 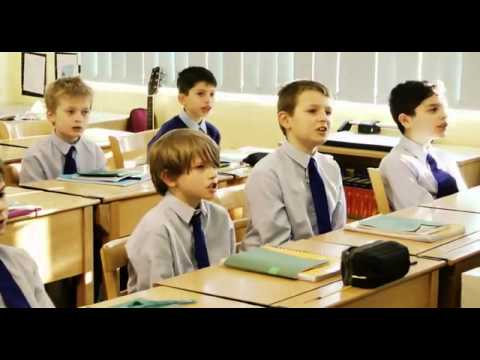 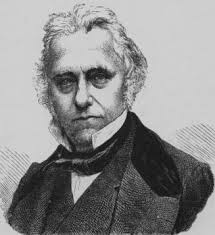 Following Text is quoted from one of his letters to his Father, Kindly  click here to read original letter to his fatherIn a letter to his Father, he wrote:”No Hindoo, who has received an English education, ever remains sincerely attached to his religion. Some continue to profess it as a matter of policy, but many profess themselves pure Deists and some embrace Christianity. It is my firm belief that, if our plans of education are followed up, there will not be a single idolater among the respectable classes in Bengal thirty years hence. And this will be effected without any efforts to proselytize, without the smallest interference with religious liberty; merely by the natural operation of knowledge and reflection. I heartily rejoice in the prospect.”The life and letters of Lord Macaulay
Indian Education System & Lord Macaulay Exposed By Rajiv Dixit
They broke our Vedic backbone
Importance Of Sanskrit Across The Globe
Why those mocking Sanskrit as a language are fools themselves
Sanskrit cadre of scholars in India reaching extinction
IITs asked to offer Sanskrit as elective: Smriti Irani – Times of India
‘Will HRD Ministry be renamed as Hindu Rashtra Development Ministry?’
NDTV on Twitter
The Present Condition of Sanskrit Studies in India
IIT Madras students’ drive to revive Sanskrit in campus
Posts about Sanskrit on Engineering, Science & Technology Resources Portal
The Sanskrit survivor
———
India now…
Confused Indian youth after Independence 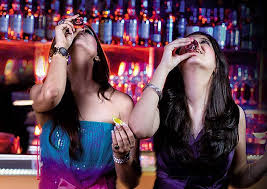 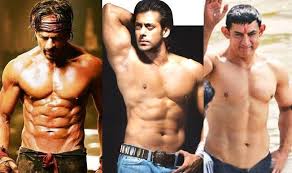 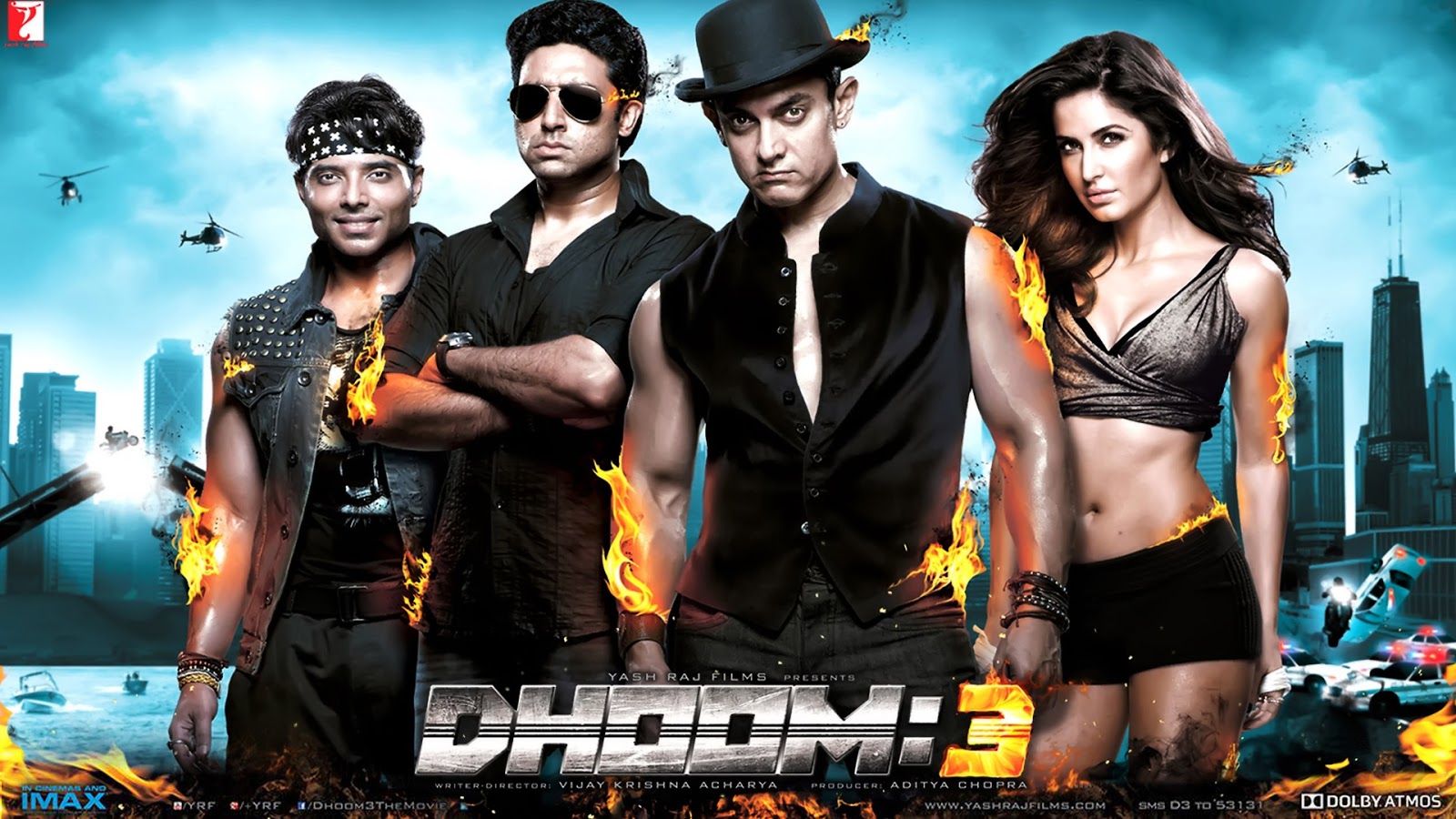